Why We Should Care

Poverty is a disgraceful and unjust condition that has always haunted mankind. Most people see the problem as insoluble. They see previous solutions that have failed. Some even think that previous remedies have worsened the condition of the poor. They claim that assisting the poor increases dependency and produces a “culture of poverty” that persists from generation to generation. Some go further and blame the poor for their problems. They think many of the poor are shiftless, lazy, unintelligent, or even parasitic. All that said, there is widespread pessimism about mankind’s ability to reduce the world’s level of poverty and wasted lives.

Why is it important to be optimistic about mankind’s ability to reduce the number of people who waste their lives living in penurious conditions? What will the nonpoor gain if the lives of the poor are improved? The answer is that the nonpoor, as well as the poor, can benefit for seven reasons.

First, poverty means WASTED LIVES—lives of people who could have grown to their full potential, prospered, and contributed. How many could have become doctors, scientists, professionals, and contributors to the well-being of their families, friends, and society at large?

Second, poverty breeds desperation and leads some desperate poor people into wasted lives, in some extremes even to CRIME. Beggars abound in poor countries; in some cases they are even organized as a business. Some who are deprived of good things turn to criminal activities—burglary, holdups, prostitution, or drug running. The victims of crime include the poor themselves as well as many members of society at large. How many could be organized and supported to become productive instead of destructive. 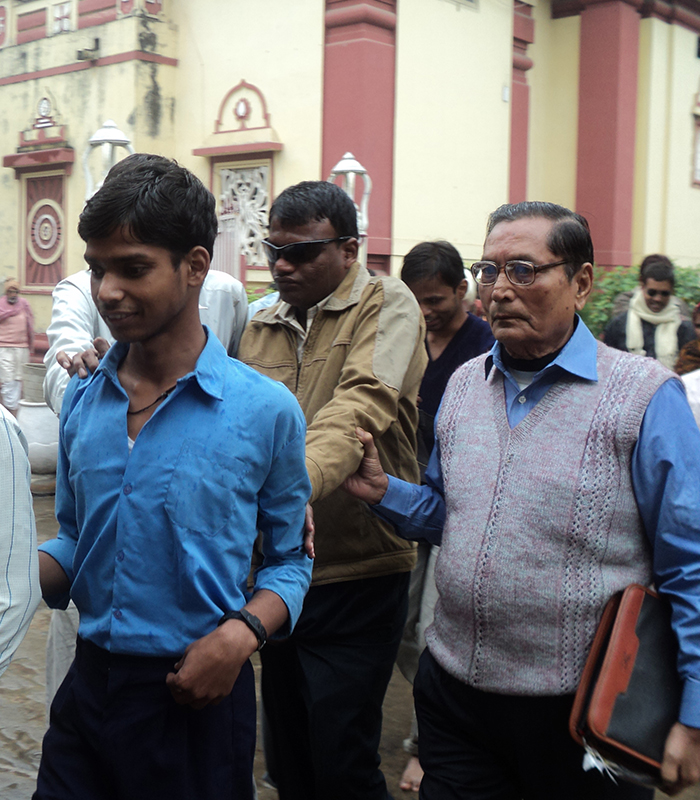 Third, the poor are more prone to illnesses and HEALTH PROBLEMS. Consider that in today’s fast-moving world, diseases travel at breakneck speeds. Although it took decades for AIDS to spread, the bird flu showed signs of doing that in months. Those with only a few fowl to provide eggs and a few underfed chickens to eat will not destroy their only food source to save someone from the bird flu living in a land they have never seen.

Fourth, the hopelessness felt by the poor makes them apt to FOLLOW ANY DEMAGOGUE who promises salvation, whether it is through communism, fascism, or religious extremism. Osama bin Laden operated in the Sudan for years and found an eager following. Poverty, and its accompanying hopelessness, is a primary source of suicide bombers willing to trade their life for the small rewards given to their surviving families.

Fifth, the poor represent far more than a group that deserves our sympathy and charity. Helping the poor escape from poverty will also help RAISE THE INCOMES OF THE REST OF THE WORLD. The poor constitute a major untapped market opportunity for businesses that can imagine new ways to bring down the cost of products and services to the poor. Up to now, companies have largely failed to recognize “the fortune that lies at the bottom of the pyramid.”14 Through microfinance loans, smaller package sizes, and less expensive equipment (computers, cell phones, and so on), most of the poor would have access to the material fruits of modern society. Business and commerce need to pay attention to the poor if they want to know where they will sell or rent the next billion cell phones or computers.

A sixth reason that more advanced nations should worry about nations filled with poor people. These nations often collapse into “failed states” that fall into conflicts and violence that necessitate MILITARY INTERVENTION by U.S. or NATO or UN forces. This happened with Honduras, Lebanon, Somalia, and Bosnia-Herzegovina—each violent outbreak within or between countries posing a threat to U.S. and European national security.

Seventh, the poor are desperate to leave their surroundings and enter other countries legally, or more often illegally, to better their lives. The United States itself estimates that 12 million Mexicans and other Latin Americans have entered the United States illegally in spite of billions spent on U.S. border control. Europe is beginning to feel the enormous pressures of illegal immigration from desperate people fleeing appalling circumstances in Africa and Asia. Not only is there the fear that they will take jobs away from workers in the developed countries, but that they will end up living in burgeoning slums along with some imports of criminality. Clearly the working class (middle and upper classes) in developed nations cannot claim they are safe and unaffected by poverty. The poor are no longer only a problem for the poor but a problem for all of us.
Besides, you never know if the next great is waiting on the streets, homeless but doing something extraordinary. If you never help these people, you may never see the great value that some could bring to making our world a better place.